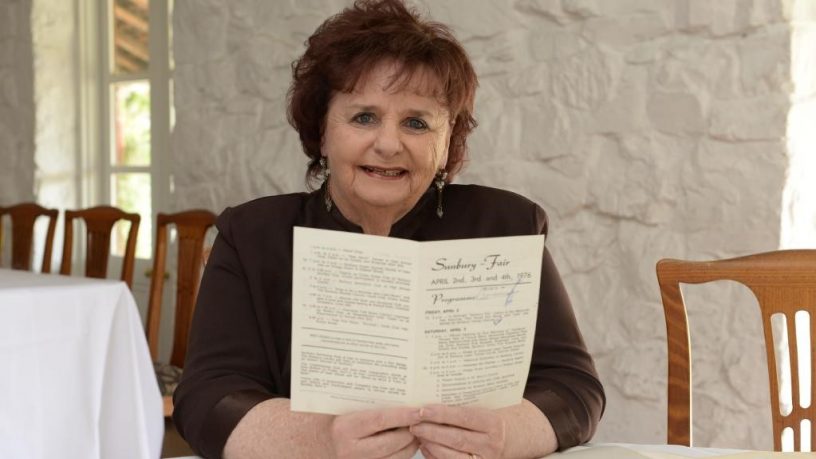 A recipient of the Australian sporting medal, Maureen Kear’s recollection with the Club was “long long long away”, about 40 years long to be precise.

Maureen started when she was a child working what she considers ‘behind the scenes’ making all kinds of things that are sellable for the Raffle. She was quick to note that a Raffle back then was very low key and totally different than a Raffle now. All kinds of things include a cake baked by her Mum.

Having been a gymnast for 45 years and then a coach, it’s only natural for Maureen to continue doing something for the children. In her lifetime as a coach, she has trained hundreds of gymnasts who has then grown on to become coaches themselves.

Maureen has been more active with the Club since 2006 where she initially contributed her time volunteering in the counting room for GFA. However, for the last 6 years, her role has changed and she heads the ‘UBC Kidz Spectacular”, a program where she brings in entertainment on GFA day to keep the crowds entertained. This year, she managed to attain a 7 hour slot and did she fill that 7 hour!! It was a successful Kidz Spectacular with singers, dancers, a magician and even our own Bob Bunyip was featured on stage.

Maureen Kear ended our conversation letting us know that she is trying to retire from retirement but it isn’t working for her. Well, we are glad Maureen is spending her retirement with UBC as with all our volunteers, her tireless efforts in raising funds to support children’s health in Victoria is truly appreciated.