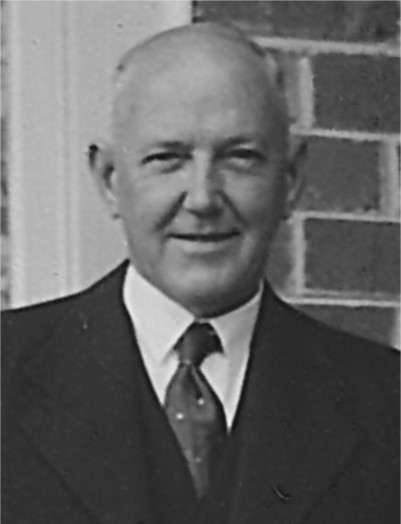 Mr. Fisher was born in Carlton in 1894 to William and Martha Fisher.

Ray enlisted in the Australian Imperial Forces on 30th July 1915, and embarked on the HMAT Warilda on 8th February 1916 where he saw action in Belgium, and at the Western Front in France. During his time away he was promoted to the rank of Sergeant.

In 1919 he was awarded the ‘Meritorious Service Medal’ for bravery under shell fire for protracted periods, and for his excellent leadership in the attack on Montbrehain on 5th October 1918. Ray returned home from active service in 1919.

Ray married Elsie May Dusting in 1920, and they had one child, Marjorie Edith, who was born in 1925. Marjorie married Kenneth Graydon in 1947, and they had two daughters, Rae and Susan.

In the early 1930’s, Ray established the company RMS Pty. Ltd., at 194 Riversdale Road Hawthorn, which he maintained until his retirement.

Ray’s Granddaughter Susan Pate arranged for my wife Rosalie and I to meet with Marjorie, which we did on 31st March. We spent a most enjoyable hour with Marjorie, who is 90, and as bright as one might hope to be themselves at that age.

Marjorie told us that her Father was a member of the Masonic Lodge, and that he was selling raffle tickets for the lodge in the Riversdale Hotel in Hawthorn in December 1941 to raise funds for a children’s Christmas party.

It was this event that led to the conversation between Ray and his friends, Alf Clark, Clarrie Williams and Jock McAdam, that resulted in the formation of Uncle Bobs Club on 3rd January, 1942.

Marjorie also told us that her Father had made a business trip for RMS to NSW in the late 40’s. Whilst away he contracted appendicitis, which developed into peritonitis.

On his eventual return to Melbourne he decided, due to his health problems, to sell his share of the business to Mr. Alf Clark, and retire. This also led to his reduced involvement in Club activities.

Ray was awarded Honorary Life Membership of the Club in 1965.

Our thanks to Ray’s Granddaughter Susan Pate for arranging for us to meet her Mother Marjorie, sending us the photo of her Grandfather, and her contribution to this article, and to Marjorie for sharing some of her memories of her Father with us.